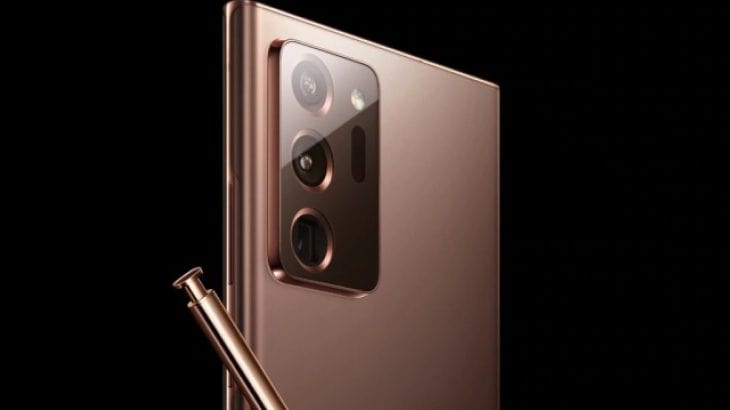 The phone is shown in a bronze color

Samsung has accidentally unveiled the next flagship before its debut. Samsung’s official websites in Russia, Ukraine, and China have mistakenly published a photo of the Note 20 Ultra.

Like the S20 Ultra, the Note 20 Ultra will have a telephoto periscope sensor. From the photos presented, we can distinguish that the last sensor in a vertical lining has a design somewhat different from the other two.

Images and layouts, which have also been posted on Twitter, show a previously unpublished smartphone. The phone is very thin, which is slightly rounded on its sides, has a module with a camera, flash, and a triple sensor.

In addition, the images match the photos of the protective caps that have already come out recently. Samsung Leaker also reported that the Note 20 Ultra will be available in a copper-colored version.

Unfortunately, we have no other information about the phone. According to earlier reports, Note 20 and Note 20+ models will have 6.7-inch and 6.9-inch screens respectively. Both phones will come with new processors and additional RAM. Traditionally, Samsung introduces these models in August, and this year, along with Note 20, the second generation of the Galaxy Fold 2 foldable phone will arrive.

> Check next: 2020 iPhone SE: What could we ask more from a low-cost iPhone