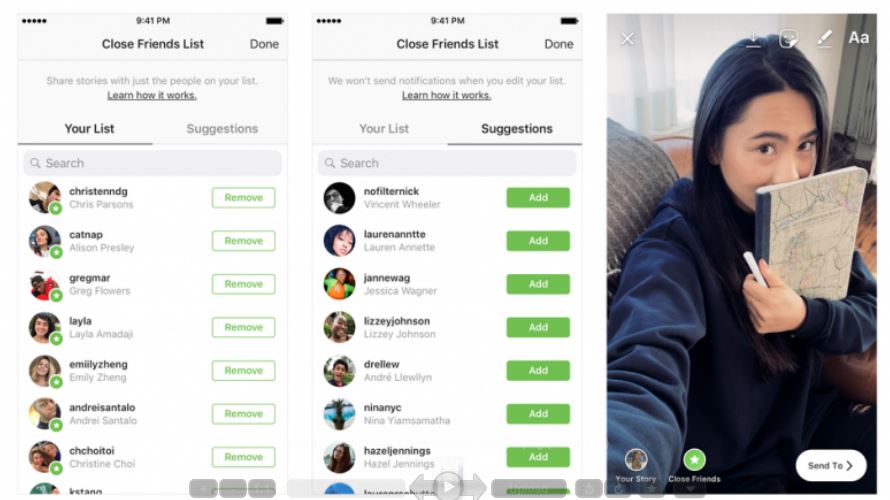 The famous app added a new “close friends” feature that will allow you to post stories that are only visible to a selected group of your followers.

Instagram for the first time promoted this feature last year – originally dubbed “Favorite” in response to the popularity of secondary accounts, often secret, used to distribute content within a smaller circle of friends.

Now, more than a year after testing the feature, “close friends” are being opened for everyone. The function, which will be in the latest version of the app, allows you to specify whether you want all your followers to be able to view your story or just some of those you’ve designated as “close friends”.

The update is likely to further complicate the already large social networking dynamics of Instagram accounts, especially for teenagers.

This feature also looks a little bit like Snapchat’s “best friends” feature, which lets you see the three closest friends of anyone who you are in Snapchat. This feature was discontinued in 2015.

> Read Next: These are the long-awaited images of Sony PlayStation 5