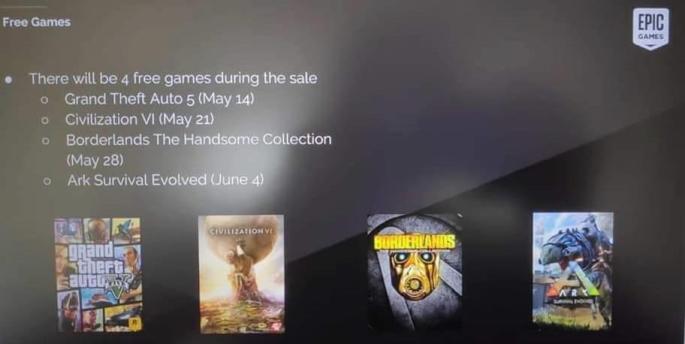 A week ago, an image was posted on Reddit detailing the next four games that will come for free at Epic Mega Sale. The latter lasts until June 11. The first was Grand Theft Auto 5, which at the time has already been announced to be free. The other three could then be conjectures, as most leaks usually result.

The next game on this list is Borderlands: The Handsome Collection, a package that includes Borderlands 2 and The Pre-Sequel, as well as DLC for both. If this is true there is no insult for the giveaway. The latest game on the list is Ark: Survival Evolved.

We’ll have to wait until Thursday, May 28 to find out if this leak is true. Until then you can get Civilization 6 for free. It comes with the Aztec DLC, which was originally a pre-order bonus.

> Check Next: The first game to be developed with Unreal Engine 5 is revealed