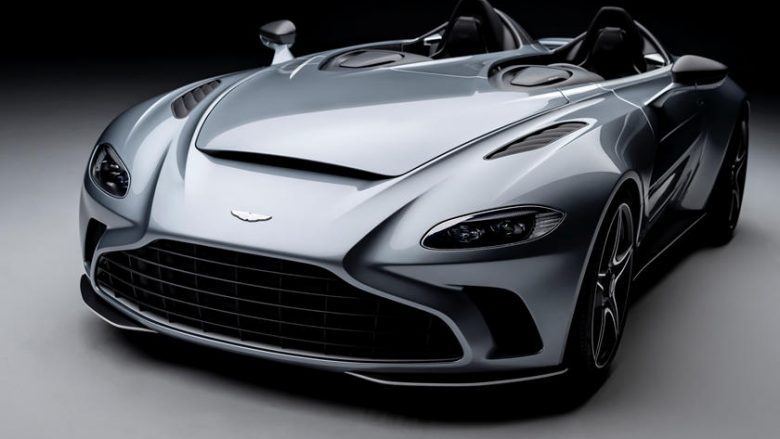 Has no Roof, windshield and is limited to 88 units

Although the Geneva Motor Show has been canceled due to coronavirus, it has not stopped some of the most popular manufacturers from presenting their models for this week.

Among them is the Aston Martin, which brought the V12 Speedster, which is limited to only 88 units. The combination of DBS Superlaggera and Vantage parts made with aluminum has created a special platform that is expected to be used in other cars in the future.

Inside it has a 5.2-liter engine that produces 700 horsepower, enabling it to reach top speeds of up to 292 kilometers per hour. From zero to 100 kilometers per hour, it can rtake 3.5 seconds. This is not the highest speed a car can reach, but it should be noted that this car has neither a roof nor a windscreen.

The overall shape of the car reminds you of racing cars. The driver and passenger sit in the seats located inside the separate oval elongated openings in the Speedster’s body. The Speedster was inspired by Aston Martin racing cars of the past, such as the 1959 Aston Martin DBR1 that won the Le Mans race. The Speedster has no windshield in front.

As with all supercars, the Aston Martin V12 Speedster is not cheap, with a starting price of one million euros, and is expected to be launched next year, with the same good looks. The car body is made almost entirely of carbon fiber.

> Read Next: 2021 Porsche 911 Turbo S Revealed: The Most Fastest Model By Porsche