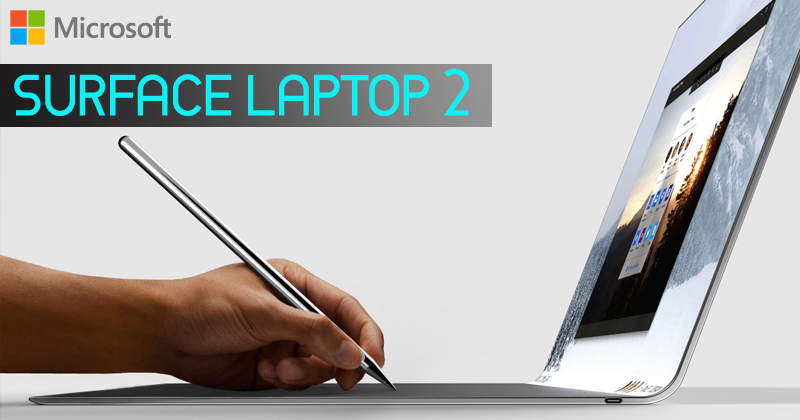 Tech giant Microsoft has been building a true ecosystem for its computers.As the well-known Surface line has developed and conquered the market,showing that Microsoft’s bet war the right one.Now, according to the latest reports, a brand new Surface Laptop 2 with a radical new look are about to be launched from Microsoft

Microsoft has managed to make their equipment evolve and soon seems to be to get a new novelty.The new Surface Laptop 2, according to the images that have emerged, is about to arrive and will debut news colors.

The Surface Laptops are focused on teaching and give access to everything the other Surface offers, with the advantage of being more than a laptop and much less than a tablet.

A brand new Surface Laptop on the way

On the next event, which is scheduled on October 2, probably Microsoft next big news will be presented. Everything indicates that the tech giant Microsoft will be there and will arise the new Surface Laptop 2, that in addition to many new features will bring a new set of colors.

The most attractive seems to be the return of black to the colors proposed for these devices. This is a color that was presented in Surface RT and then changed to the gray that everyone recognizes in Surface.

What did Microsoft prepare for Surface Pro?

In this same event, it is expected that Microsoft’s new Surface Pro will also get new appearances. This model should be renewed and present new components that will improve it.

It is said that the new Surface Pro will bring the giant chip maker Intel’s latest offerings in the field of processors and finally, it will embrace the USB-C type port as an interface present and in use.

Tech giant Microsoft again seeks to captivate users by offering more attractive colors, something that Surface Laptop users look for in this equipment as a differentiating element.

> Read Next: Reasons why your smartphone heats up or goes off, how much risk that will blow up?