ABT introduces the new RS7-R model with 730 horsepower 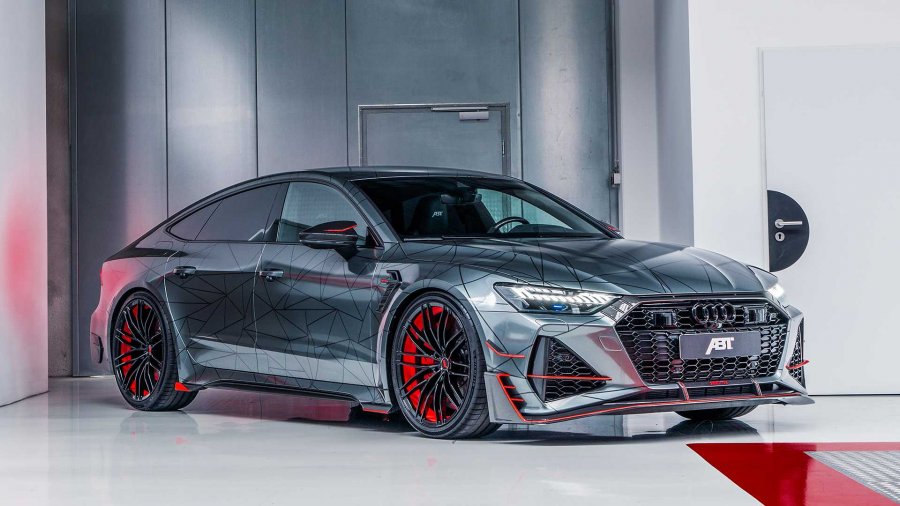 The Audi RS7 Sportback has long been present in the European market, and now the well-known car modification company, ABT Sportsline, has introduced its second package dedicated to the most powerful Sportback.

ABT has been offering the first package for the RS7 since January, which includes 22-inch wheels and engine boost at 690 horsepower, but the company has not stopped here because it has now introduced the RS7-R. The engine of this model, 4.0-liter Bi-Turbo V8 has a capacity of 730 horsepower.

ABT has also developed a new 22-inch wheel set and a new gas discharge system.

This ABT RS7-R also comes with a new body view and a new front spoiler. At the rear is the new spoiler as well as another new carbon fiber add-on.

ABT has also dealt with the interior of this powerful Sportback which now consists mostly of carbon fiber and leather. The center console has a label which indicates that there will be only 125 cars with RS7-R specifications. The model in the photo belongs to professional driver Daniel Abt.

ABT has not revealed the most detailed details, but it is known that the standard RS7 has 591 horsepower and the speed from 0 to 100 kilometers per hour is reached in 3.6 seconds, while the maximum is up to 305 km/h.