neoAdviser
Home Tech Smartphones How Much Does UMIDIGI Power Cost? Here’s the Challenge With Galaxy M20!

UMIDIGI recently announced a new series of phones, UMIDIGI Power for power hungry users who also like simple design. But how much does Umidigi Power cost? Is it worth more than Galaxy M20?

Both come with the big 5000mAh battery, but the UMIDIGI comes at a much lower price. Is the Samsung Galaxy M20 in trouble? Here’s a quick comparison between the two phones.

Both, like the UMIDIGI Power and the Samsung Galaxy M20, feature similar notch designs. UMIDIGI calls it ‘waterdrop’ while Samsung calls it ‘Infinity V’. They have a 6.3-inch FHD+ screen (2340 × 1080).

System and other Key features 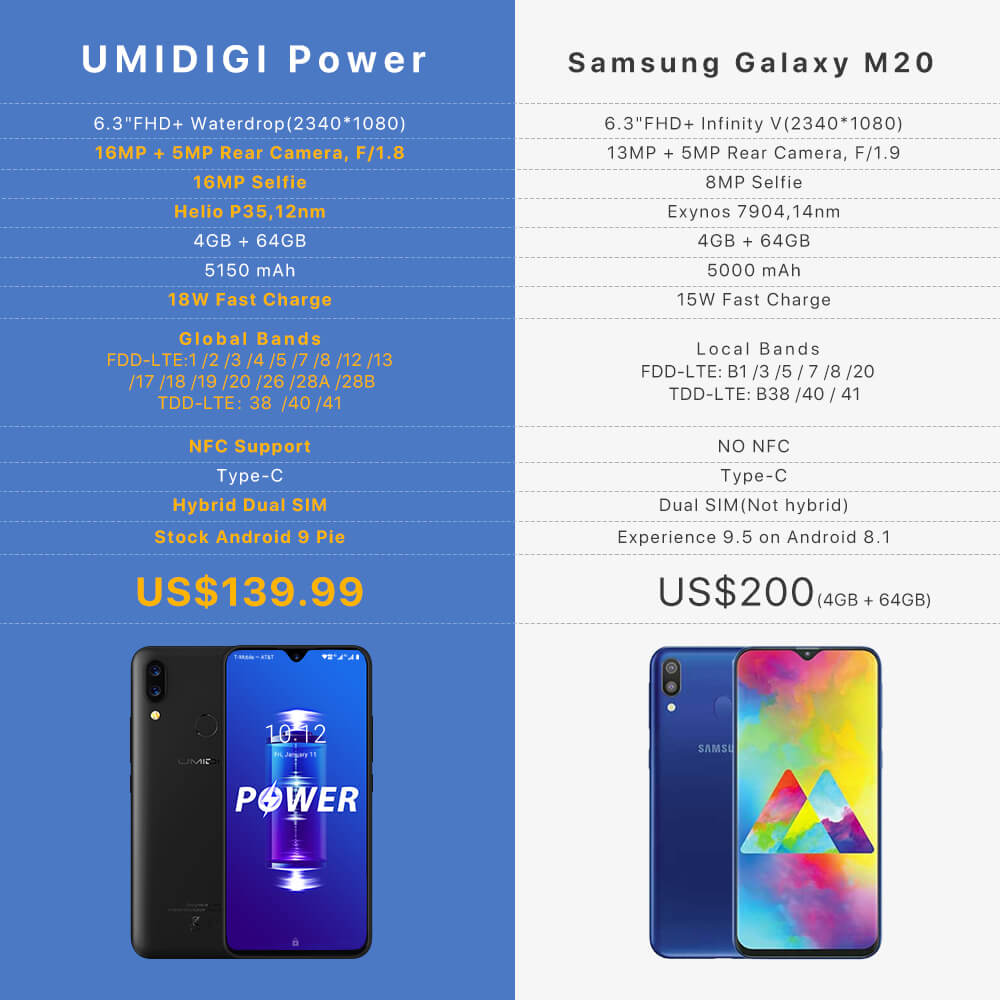 UMIDIGI Power is now on sale globally. The brand starts its global sale on AliExpress at just $139.99. It offers a set of the best specs, but the price is much lower than the Samsung Galaxy M20, which costs about $200 for 4GB of RAM and 64GB of storage.