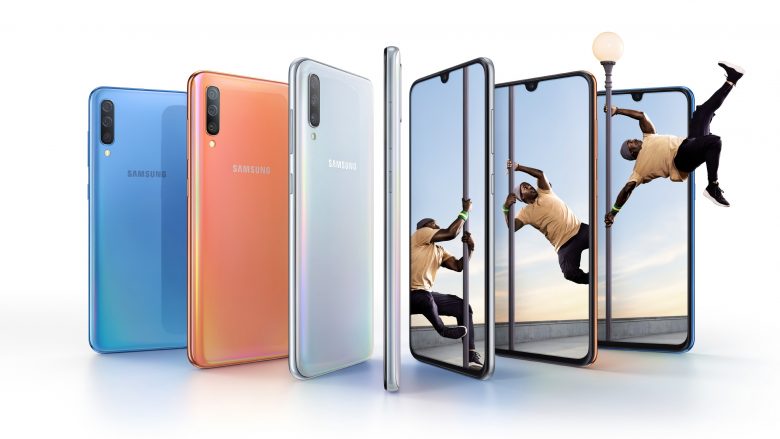 The most important selling point of the smartphone should be the big Super-AMOLED screen with a FHD+ (2400 x 1080) of 6.7 inches and a 20:9 ratio, perfect for watching movies in their broad glory.

This screen is from the Infinty-U line, meaning it has a small, semi-circular space at the top of the center’s phone for the camera.

Located inside is a 32MP selfie camera with a f/2.0 aperture.

Back, the phone has a triple configuration with a 32MP integrated camera with a 5MP depth sensor and an ultra-wide 8MP sensor.

The phone is powered by an octa-core processor for which still isn’t known which is, and a 4,500 mAh battery that should provide plenty of energy throughout the day.

The A70 also supports “Super-Fast Charging” up to 25W, which is even more energy than the non-5G version of the company’s S10 series.

On the software side of things, A70 will support the usual list of Samsung applications like Knox, Samsung Pay and Samsung Pass.

Price and availability are not revealed by Samsung in their announcement, but the company is promising to announce more about their “A Galaxy Event” on April 10.