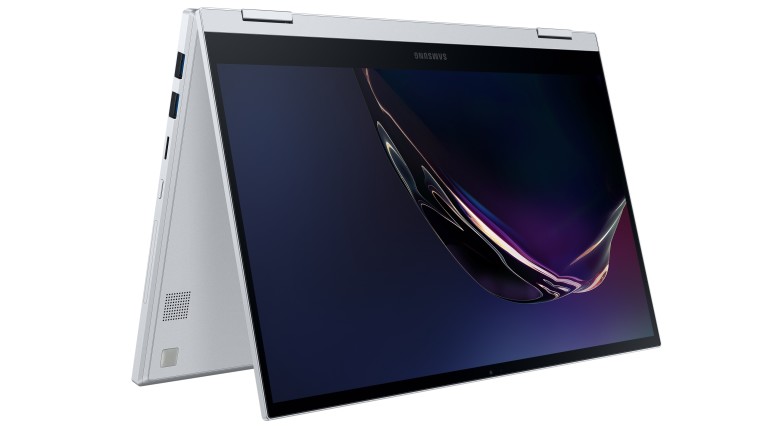 Last year, Samsung introduced the Samsung Galaxy Book Flex, which came in both 13- and 15-inch variants. Yesterday, before the launch of CES, the company has announced a new, apparently lower-cost member of this line, the Galaxy Book Flex α.

This new device shares much with the original, with a convertible form factor, a 13.3-inch Full HD QLED touchscreen display, and 10th-generation Intel processors. The screen also supports an active style, as in the previous model, but does not come with an S Pen.

To make it at a lower sales price, Samsung also had to make some compromises on the Flex Alpha model. Available is a smaller 54Whr battery (compared to 69.7 Whr on the other two laptops). The graphics processor is also limited and uses the Intel UHD option. Also, the maximum storage space is up to 512 GB SSD, while the RAM options go up to 12 GB.

Like the Flex and Ion models, the Flex Alpha has a fingerprint sensor on the keyboard and is characterized by a significant number of ports. Two USB 3.0 ports, a USB-C slot, an HDMI connector and a microSD card reader are offered.

Galaxy Book Flex Alpha has 10th-generation Intel Core processors, WiFi 6 support and stereo speakers. Samsung has not given a specific launch date, and the company says the laptop is expected in the first half of 2020, starting at $829.99.