Shazam collaborates with Instagram for a new way of sharing songs 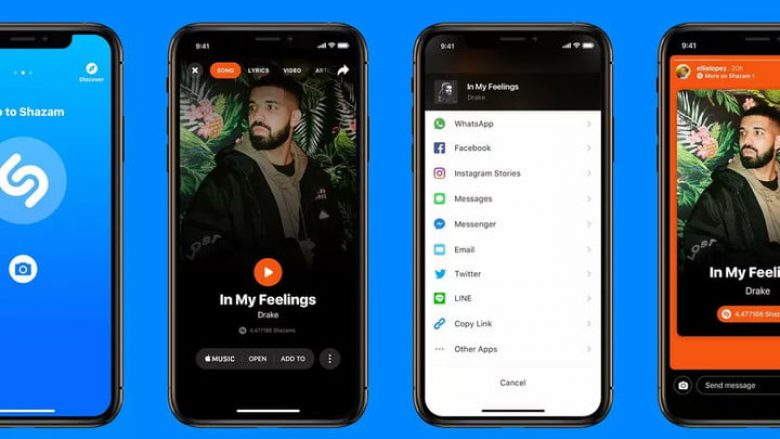 The latest Shazam update for iDevices lets you add songs to Instagram Stories in just a few clicks.

Apple’s Shazam 12.3 version was launched this week and the new feature is very simple to use.

> Related: Apple buys Shazam. The app will be without ads

All you have to do is search a song with Shazam app in the usual way to identify it, tap three points on the right of the “buy” button, and then on the split button at the bottom of the screen. You will then see a list of options that should now include Instagram Story.

Choose it and your story will show the name of the song, the artist, and how many times it is searched in Shazam.

Any Instagram user who sees the story, if he is not using Shazam yet, can click “more at Shazam” to learn more about the song.

The Shazam app has been downloaded over a billion times globally, with users using it to identify music tracks more than 20 million times each day.

Apple ended the acquisition of Shazam in September 2018, releasing it from advertising, in the process. California-based giant technology reportedly paid $ 400m to close the deal

> Read Next: Honor Magic 2 is the super-phone with six cameras that S10 wants to be