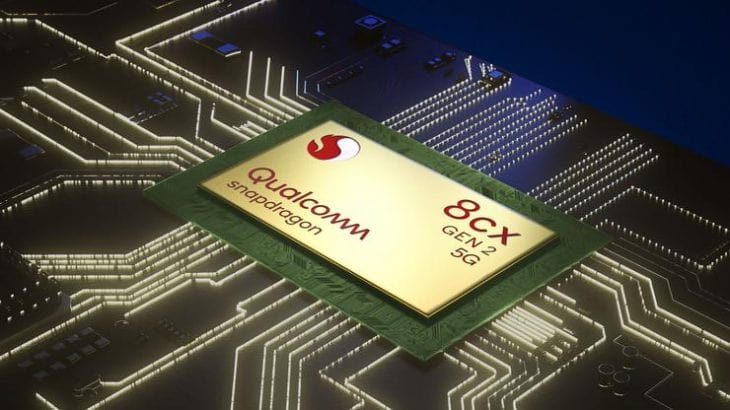 The 5G connection works with both mmWave and Sub-6, it will have multi-gigabit and Wi-Fi 6.and supports Bluetooth 5.1 The audio and camera experience has also been improved, while the “Aqstic” system cancels out echoes and noises to dim the outside environment. As for the camera, the processor aims to bring better performance to the PC, as it can support recording up to 4K HDR and cameras up to 32MP.

Two 4K screens can be supported with a single USB-C cable. Qualcomm’s AI Engine will also be included in AI options such as “accelerated eye contact” in video calls and others will be used for business meetings.

Qualcomm did not explain the improvements compared to the previous generation but is more interested in comparing it to Intel processors. Specifically, it claims that the 8cx Gen 2 has the same performance as a 10th generation Intel Core i5 chip. 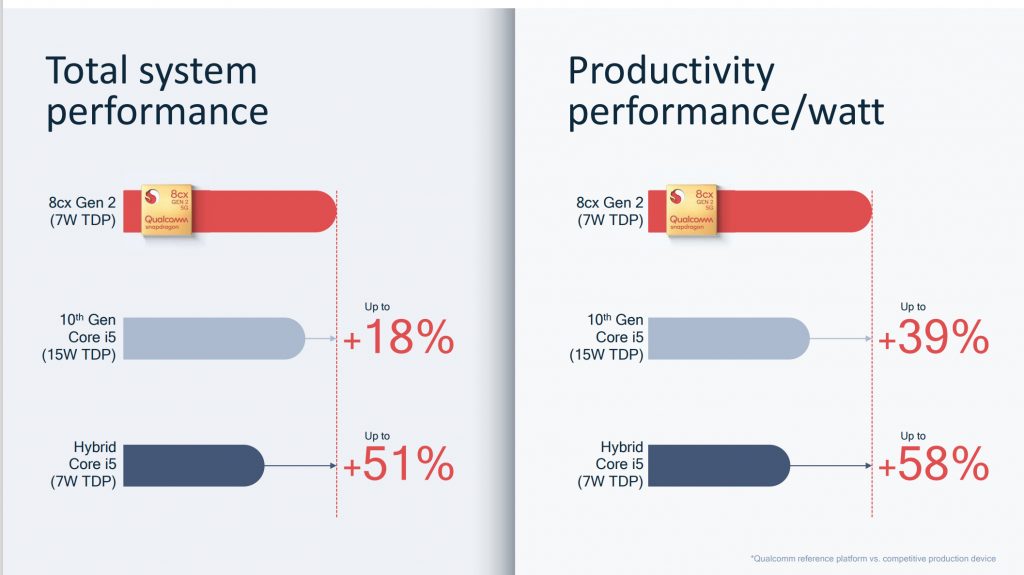 In terms of mobile connectivity, the 8cx Gen 2 has the same X24 LTE and X55 5G modem as the first model, but it remains in the hands of the device manufacturer what to put and what to leave. Although the first 8cx model debuted in December 2018, the first 5G laptops only started coming this year. As for the 8cx Gen 2, Qualcomm says we will see the first devices starting this year with the Acer Spin 7, Acer’s first 5G laptop.

Samsung has chosen a different path, of a 5G laptop with 11th generation Intel processor and the company’s own 5G modem.