The models are changing but Apple remains at the top

It seems that Apple has long secured the title of “most popular smartphone in the world.” The title has so far belonged to the iPhone XR that was released in 2018 and the position will now be occupied by the iPhone 11. 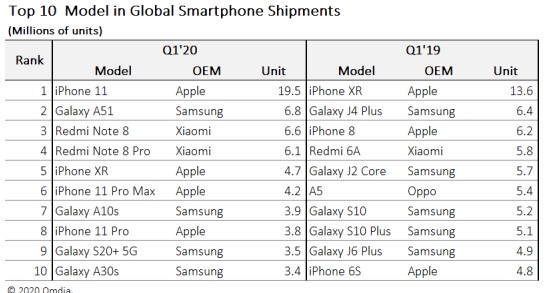 The iPhone 11 Pro and 11 Pro Max appear in 8th and 6th place, respectively, while the top ten are completed with Samsung and Xiaomi phones.

> Check next: See the first gameplay of Fast and Furious Crossroads