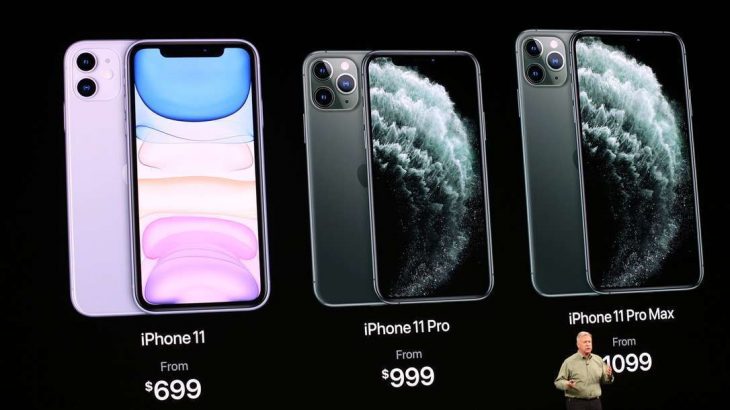 These new phones come with a new chip, new cameras and are available in different colors and sizes.

Let’s go into their details.

iPhone 11 has an aluminum and glass design, and Apple says it is the strongest glass ever mounted on a smartphone. The phone comes in several colors such as: white, blue, yellow, purple, black and red.

This next-gen phone has a 6.1-inch Liquid Retina display that you just have to touch to wake it up and haptic feedback.

Apple has clearly put a lot of energy into the iPhone 11 camera which consists of two sensors: a 12-megapixel, 26mm f/1.8 and a super wide-angle 12-megapixel f/2.4.

Thanks to the wide-angle camera, users can see what’s beyond the standard camera frame.

On the software side Apple has introduced a new image processor that processes over 1 trillion operations for each photo. The company talked about a technique called “semantic rendering” that changes the brightness of photos based on the subjects it focuses on. 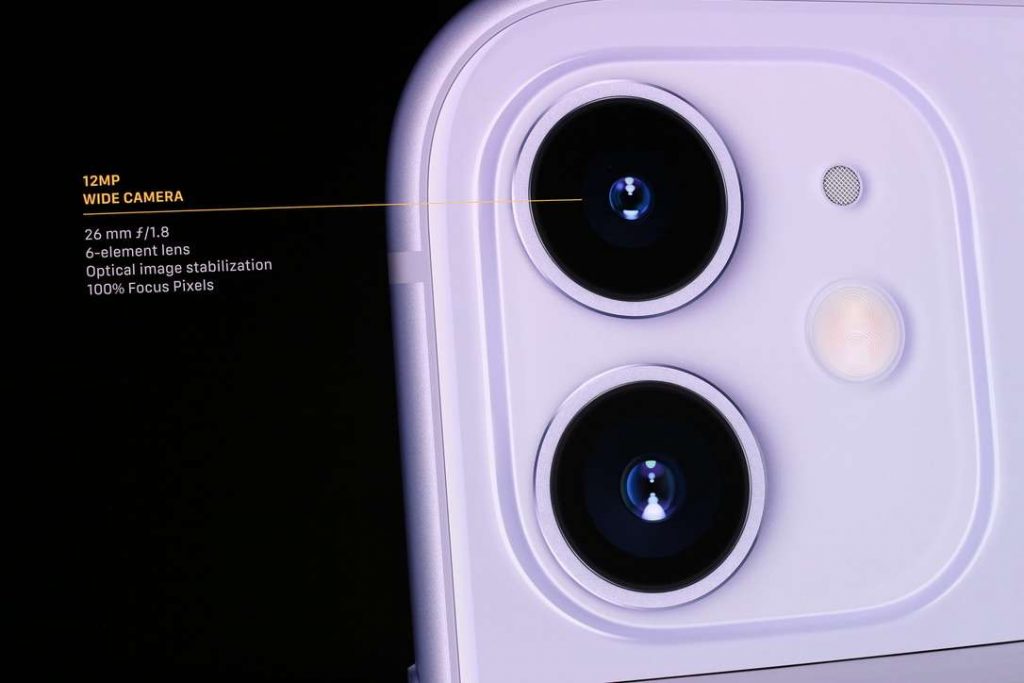 This helps to isolate and improve the quality of portrait photos that can already be taken with animals and not just humans.

The iPhone 11 has a “Night Mode” competing with Samsung and Google. By merging several captured images into a single background combined with software techniques the company can reduce the loss of quality in low light.

In terms of video, the iPhone 11 can capture 4K video at 60fps, deliver slow-motion, time-lapse images. The video app interface has some changes. We can mention the style of recording videos on Instagram where while shooting photos you can hold down the button to make videos.

On the front camera, Apple has a wide-angle sensor that can deliver 4K video at 30/60fps, even slow-motion.

As usual with a new Apple phone sell the new processor as well. Apple A13 Bionic has the most powerful processor and graphics of a smartphone says Apple. About the battery, the company does not provide details except that the iPhone 11 lasts 1 hour longer than the iPhone XR.

iPhone 11 starts at $699. Orders starts on Friday September 13th while the phone is in stores from September 20th.

Unlike the iPhone 11, the iPhone 11 Pro and Pro Max have three rear cameras with steel construction materials and a glass rear cover. The phone comes in four colors: green, gray, white and gold. 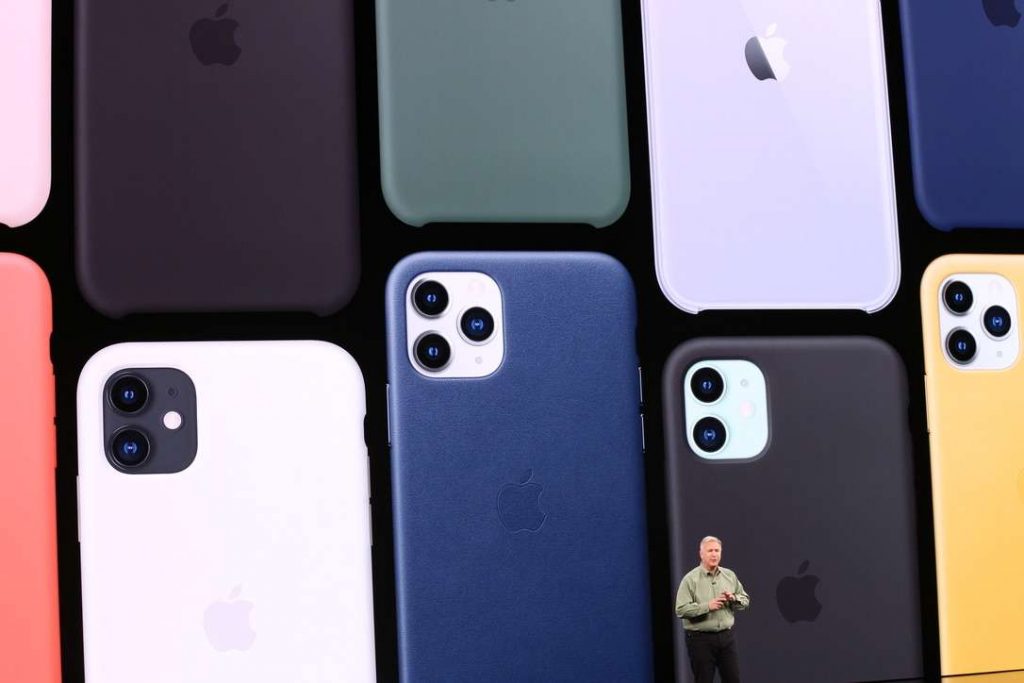 iPhone 11 Pro has a 5.8-inch screen while the Pro Max a 6.5-inch. Both models have 2M:1 Super Retina OLED display, 1,200nits brightness and True Tone technology. In fact the company calls this screen the Super Retina XDR. 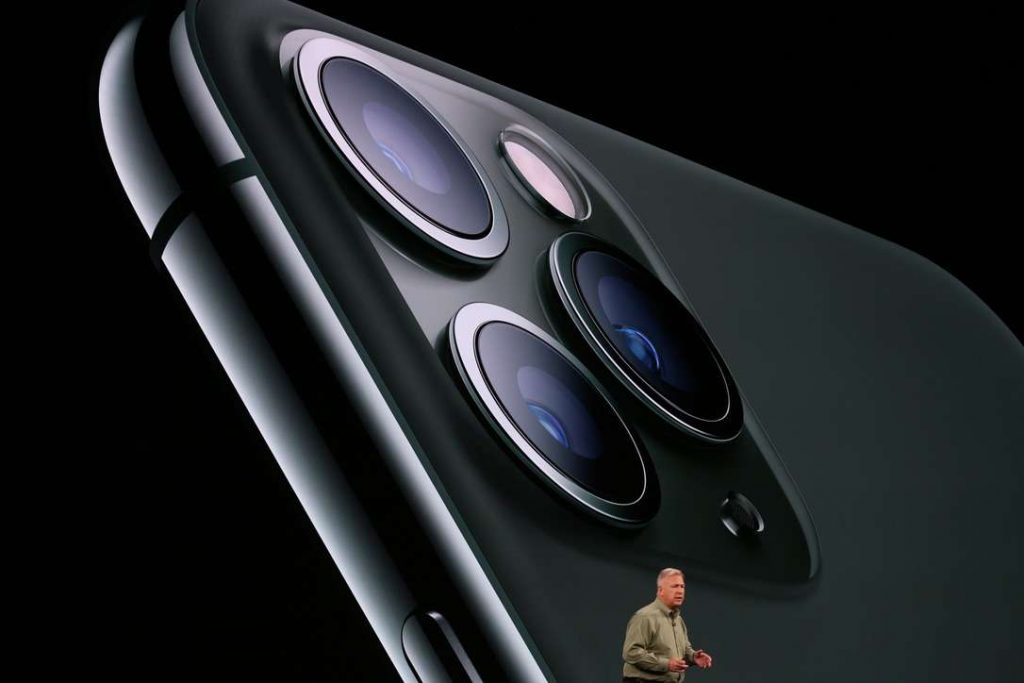 Pro models have three 12-megapixel rear cameras each: a 26mm wide-angle, a 52mm telephoto and a 13mm super wide-angle. The latter reaches a 120-degree field of view. The camera system also has a new feature called Deep Fusion. This feature captures nine images which the image processor and the neural engine combine pixel by pixel into one image thanks to the A13 Bionic power. 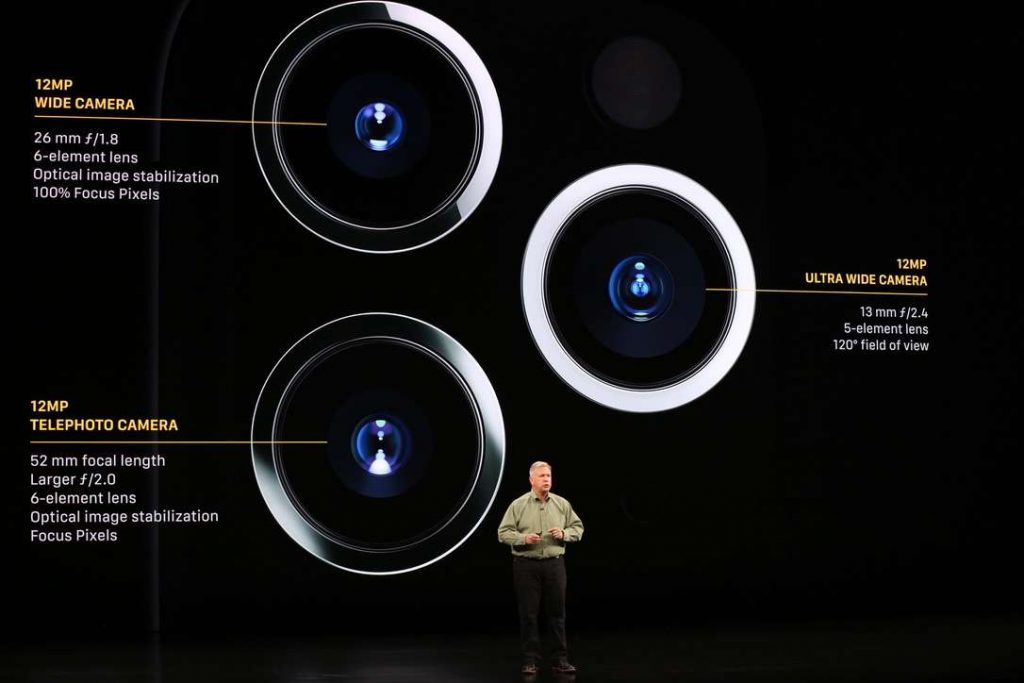 Apple says the cameras are factory-calibrated so that when switching between sensors, there is no change in exposure, focus and color temperature.