Biostar: AMD B550 and Intel 400 series motherboards are ready 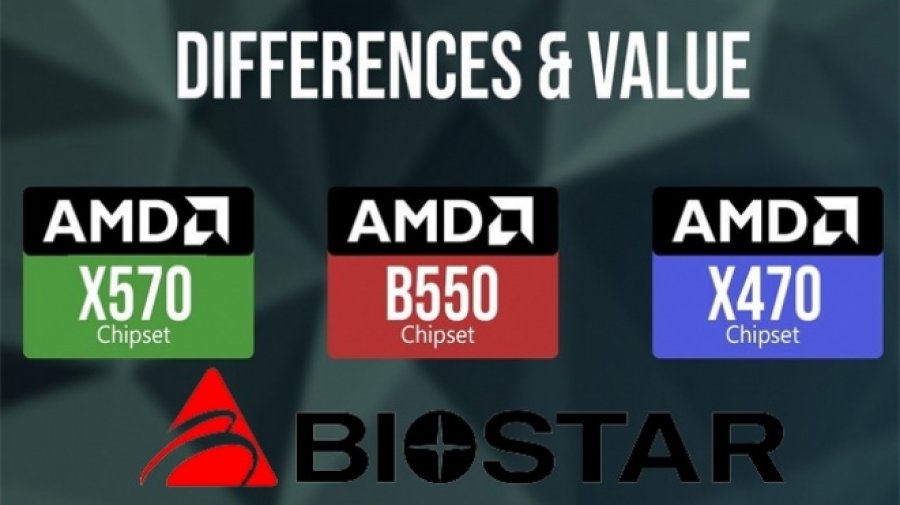 Representatives of BIOSTAR announced that they have ready the new motherboard models based on the AMD B550 chipset, which should replace the very popular and affordable “mainstream” B450 models.

The new chipset is more compatible with the features of the new AMD Ryzen 3000 CPU series due to support for PCIe v4.0 standard for faster data transfer at double the maximum transfer speed compared to PCIe v3.0 used by current B450 models. The new chipset also brings support for both USB 3.2 Gen2 ports and 6x USB 2.0 interface, reports BrainBox Korea.

In addition to support for the AMD processor platform, Biostar also expects innovations from Intel. To meet the upcoming Intel Comet Lake-S processor release for the desktop platform, this manufacturer has prepared new motherboards based on the Intel 400 series of chips. The Intel Z490 targets the high end market, while the B460 and H410 models will be positioned in the middle and bottom price category.

Unfortunately, the CPU and chipset are still connected through the DMI 3.0 interface, which actually represents a major drawback for the Intel platform as it has the width of the 4 PCIe v3.0 bus. This practically means that these 20 additional PCIe v3.0 transport chips available on the chips have limited usable benefits, given the narrow bottleneck described in data sharing with CPU.