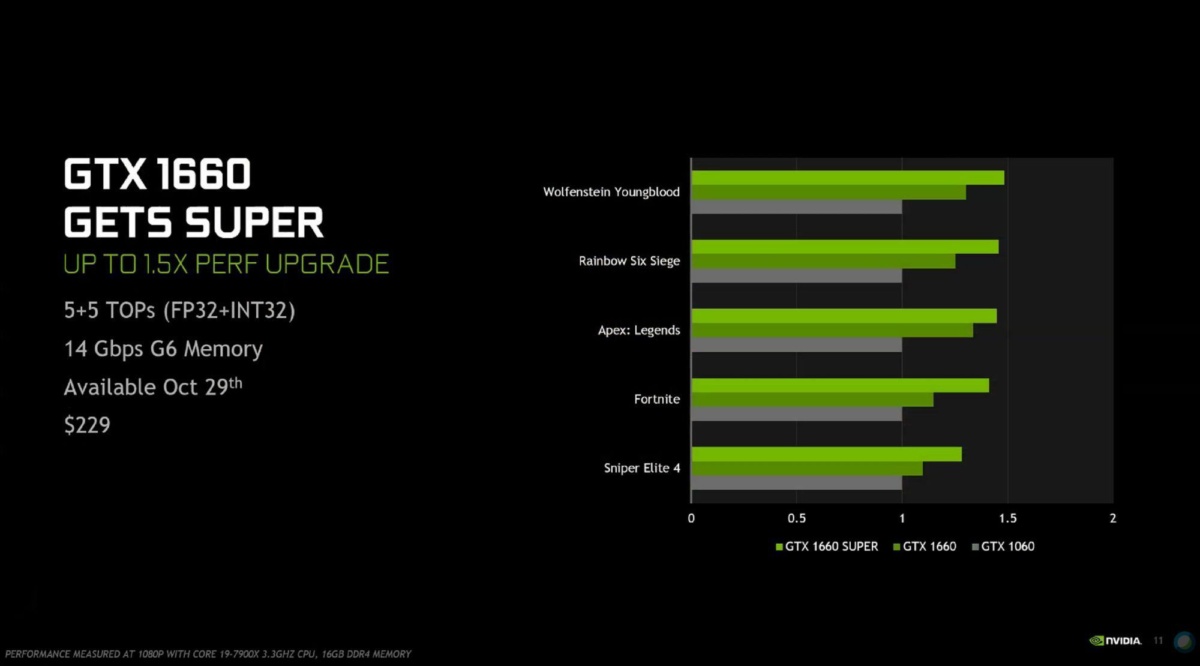 Nvidia GTX 1660 graphics card model had limited memory problems, which prevented the GPU from reaching its full potential with its 1408 CUDA cores. Therefore, Nvidia GTX 1660 Super promises to improve framerate by up to 20 percent, without any change in the GTX 1660 GPU core, reports Overclock3D.

GTX 1660 Super still has 1408 CUDA cores, with the same base/boost speeds as the standard GTX 1660 model, meaning that all performance improvements to the Super model come through GDDR6 memory implementation.

Nvidia GTX 1660 Super graphics cards are already available at a base price of $229, and will be offered by almost all Nvidia partners. The price for the GTX 1650 Super has not been announced.