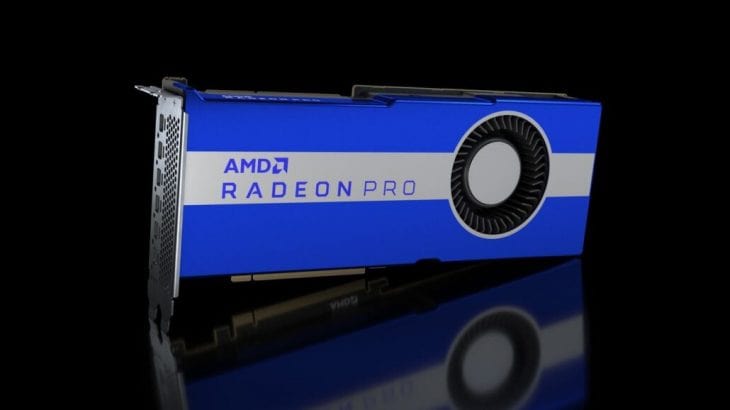 The name of the graphics card may seem familiar

AMD has just unveiled the new Radeon Pro VII graphics card which is dedicated to CAD and CAE professionals and high performance computers. AMD has in the past launched a graphics card called the Radeon VII.

However the new model although it has similar technology, the performance is different. Specifically, it has 60 cores with 13.1 Tflops performance, 16GB of HBM2 memory, 1TB/s bandwidth, and support for PCIe 4.0.

Along with the new graphics, AMD also brought the Infinity Fabric Link bridge, which means that two Pro VII graphics cards can be connected together. The card has 6 mini-display 1.4 ports which means you can connect six screens or a single 8K.

How does it compare to Nvidia?

Compared to the Nvidia Quadro RTX 5000, AMD’s new graphics card has 26% more performance in 8K images based on AMD testing.

AMD says this card sets new standards at 8K. It will cost a full $1,899 and will go on sale in June.