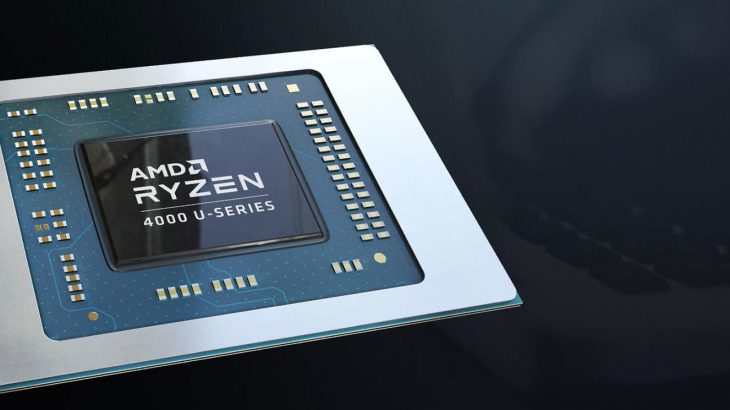 The first wave of laptops with Ryzen 4000 processors will be released in the first quarter of 2020 with AMD promising to integrate more than 100 systems in 2020.

In recent years AMD has been making a fuss with the PC market especially in the a.k.a workstations PC segment.

But in laptops it is still far off especially with the powerful and super portable systems where Intel dominates. This year the company wants to change that with the Ryzen 4000, a line of processors that combines the Zen 2 Core with the 7-nanometer architecture.

The result is probably one of the most intriguing processors we’ve ever seen. The more powerful Ryzen 7 4800U, an eight-core and 16-threads processor can be easily integrated into a super portable laptop. 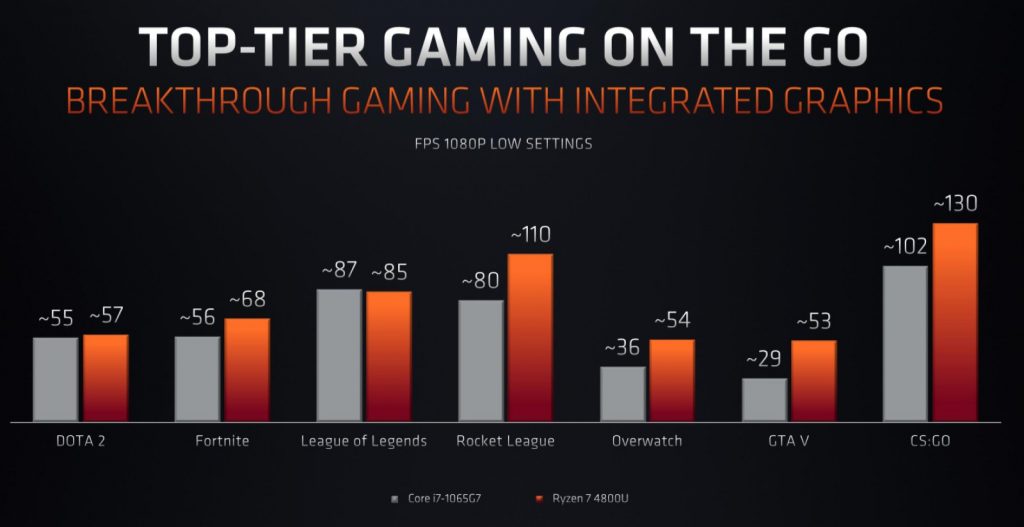 On the other hand is Intel with the Core i7-10710U processor which has only six cores. AMD’s 4800U model has a frequency of between 1.8 GHz base and 4.8 GHz turbo as well as eight Radeon graphics cores.

You might say this comparison is not valid because the Comet Lake six-core chip is more powerful than the four-core one. But the six-core model is old with slower integrated graphics and has no chance against the Radeon graphics cores. 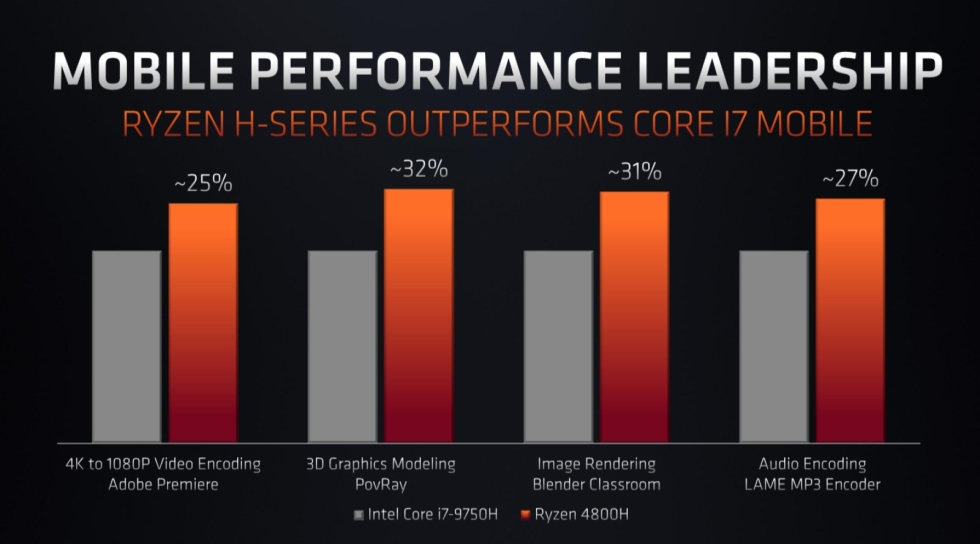 Not surprisingly, AMD says the 4800U overshadows the Core i7-1065G7 in terms of gaming. In the Rocket League AMD processor has 30fps more at 1080p resolution. Intel has taken steps forward with Iris graphics but can’t compare to AMD Radeon.

Even if we don’t go with the best of AMD, you also get eight cores with 4700U but no hyperthreading. For more performance AMD introduced the Ryzen 4000H in 45W profile. This chip will appear on gaming laptops like the Dell G5 15, Asus Zephyrus G14.